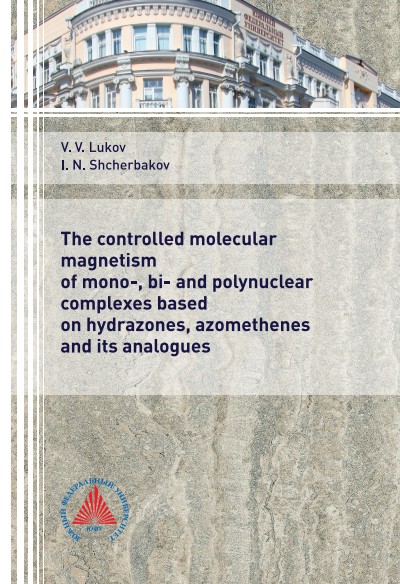 The monography “The controlled molecular magnetism of mono-, bi-and polynuclear complexes based on hydrazones, azomethenes and its analogues” represents the encyclopedic edition reflecting the basic experimental – theoretical aspects concerning new scientific area-magnetochemistry of exchange-couple systems. Alongside with a statement of fundamental concepts of magnetism including features of isotropic and anisotropic exchange interaction, and the theory of spin transitions, the central part of the monography is devoted to the analysis of magnetochemistry's opportunities at the description of a structure and properties of bi- and tetranuclear complexes as well as supramolecular architectures based mainly on hydrazones, azomethenes and their analogues. The interrelation between features of an electronic and geometrical structure of complexes and character of exchange effects is considered, the magneto-structural correlations in the important modelling objects for directed design of one, two and three-dimensional magneto-ordered structures have been revealed.