The monograph CONSTRUCTION OF STUDENT HOUSES IN SERBIA at the beginning of the 21st century was written at the time of the development of a five-year multidisciplinary scientific-research project "Building student dormitories in Serbia at the beginning of the 21st century", where a group of scientists and associates from the Faculty of Civil Engineering and Architecture, University in Nish. It was created in the period from 2011-2015 (2017). Based on the Scientific Project TR036037, approved by the Ministry of Education, Science and Technological Development of the Republic of Serbia, from Belgrade. The content of student housing research in search of its new functional organization of physical structure is important for the scientific-professional and broader readership audience. First of all, for the academic public, the student population as well as for design and construction workers in the ecological-urban-architectural field. The authors are of the opinion that a network of housing facilities intended for the student population in the world should be radically restructured according to the standards of developed academic environments and that the living space in the near future must receive different functional evaluation and new ambient quality.

This monograph aims to illustrate the changes that have taken place in this area over the last ten years, as well as the way designing and building student dorms. The focus is on characteristic residential and residential units, organization, solving functions of characteristic storey dimensions and analysis of indicative examples of student dormitories at the beginning of the 21st century. This is because the demand for places in student dormitories in the world and in Serbia is on the rise. Significantly improved and changed eco-architectural and design thinking about the quality and conceptualization of collective housing in university centers. The intention of the authors and associates is to introduce readers with innovations in shaping the physical structure of the student dormitory and the necessary synthesis of artefacts and natural forms in its surroundings. In the possible borders, a close future is foreseen in the sphere of collective academic housing, with its urban, design, design, constructing, ecological settings, demands and needs of future users. Attention was paid to the existing capacities of student dormitories that need to be restructured and adapted to modern living conditions as well as to the standards of newly designed facilities to be built. The practice shows that today it is necessary to approach changing the criteria for the selection of micro and macro-environmental units when planning home capacities and applying the principles of modern strategic design, while respecting the cultural diversity of academic environments in which student dorms are created.

The material in the monograph is based on theoretical and experimental research. Comparatively analyzed indicative examples from the territory of the former Yugoslavia, from European countries and the world, were used, where the results in the part of the design definition of physical structures of student dormitories and social care beneficiaries gave the best results. The subject matter in the book is based on the top achievements, standards and tendencies that should be followed as a basis for understanding and better conceptual, more functional solutions in the approach of planning the future physiognomy of student housing units in university environments in Serbia.

The book is an analytical and multidisciplinary display of ecourbarchitectural circuits that can have a significant impact in addressing the problem of student housing in academic centers. The study discusses the definition of new more creative design-constructing patterns, new design proposals for better comfort, better socio-psychological communication among users, a more dynamic and diversified housing culture, a non-globalistic lifestyle framework - a social that should contribute to more effective study. The monograph pays for the long-term elucidation of the current needs of young academics in collective housing. Open questions necessarily impose a more selective approach in material-spatial determination of more flexible functional zones, as well as more quality proposals of more acceptable, relevant dimensions of characteristic units in them. By changing the approach in this regard, in the definition of new housing dimensions and capacities, ecourbarchitectural, most modern designed European quality homes can be obtained. This scientific research study is an attempt to open a different perspective and improvement in the part of ecourbarchitectural design and create a more contemporary identity of a residential, residential, collective, academic environment. It points to the necessary, developmental change of the strategic concept and a different understanding of the relationship to the living environment and the environment. 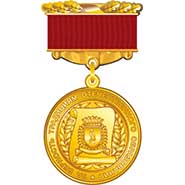